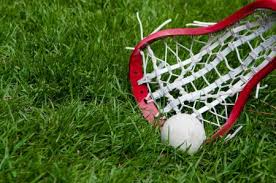 Walt had a wide circle of friends.  He lived life to the fullest, enjoyed almost all sports, ate enough for two people and loved spending time and going to concerts with his friends.  Walter would have celebrated his 20th birthday this Friday, September 11th with his twin brother William.

Walter had just begun his sophomore year at Wilmington University, after spending his freshmen year at Hood College. Walter was a gifted athlete and a very social person. He loved lacrosse and everything associated with it.  Walter graduated from the Salesianum School and Saint Edmonds Academy. He also attended Linganore High School in Maryland.

Visitation will be held on Wednesday, September 9th from 5-7pm at Doherty Funeral Home, 3200 Limestone Rd., Wilmington, DE. A Mass of Christian Burial will be held on Thursday, September 10th at 11am at Saint Mary Of The Assumption Catholic Church, 7200 Lancaster Pike, Hockessin, DE. Due to the COVID-19 pandemic, face masks will be required in the funeral home and the church. Guests are also encouraged to be mindful of social distancing practices while in attendance.

In lieu of flowers, donations may be made in memory of Walter to the Anthony Penna Charitable Fund, P.O. Box 1636, Wilmington, DE 19899.

To send flowers to the family or plant a tree in memory of Walter Finley deBruin, please visit our floral store.

Your browser does not support this video format. You should be able to view it in Chrome, Safari or Internet Explorer.