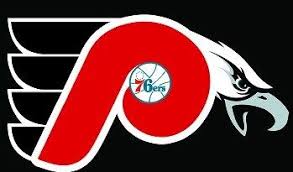 Retired after a lifelong dedication to principled banking, Jerry passed away suddenly but peacefully while resting at home on January 30, 2021.   He committed himself to the care of his mother (“Mom”, “Bobchie”), spending quality time with his boys, cheering on his beloved “Philly 4” sports teams, and tinkering in the kitchen to plan his next food creation.  As it did for many, COVID-19 rattled Jerry’s world.  Aside from driving his car to “get out” of the house, he ventured out only a handful of times since March 13, 2020 and preferred to use technology to interact, which was a marked change in his life.  He was in the process of scheduling his first vaccine shot and was excited for life to return to “normal” when he passed.   One of the highlights of his leaving the house though was a trip to the Blue Ridge Mountains this past fall to see his son and daughter-in-law.  He quarantined for two weeks before going and did the same when he returned.  He wanted to experience the “peak” season of the leaves turning (“When is peak?” was the only question he wanted answered).  Ironically, he had to go to the doctor’s office and had to restart quarantine, meaning he may be two weeks late for peak season, however peak season waited two weeks for him.

Pops loved to cook.  During COVID-19, he FaceTimed for a weekly family dinner (technology style) cooking challenge.  He thought of every aspect of the meals from preparation to plating to beverage choices.

Although his family has complicated eating choices, that didn’t deter him in a pre-COVID-19 world.  He once made three different types of mashed potatoes with different ingredients so that everyone could have what they wanted and enjoyed.  Dinners always included a meat option (he loved his steaks) but also fish (that he did not eat) and a vegan option (that did not that he also did not eat).  He loved making his rolls and pasta from scratch, he would make his own sauces, spice and rub mixtures from his homegrown herbs, desserts that included homemade sorbet with fruit that was in season, and finding the perfect beverage pairing for each course.  If you had a favorite beverage, the likelihood was good that he would have the exact brand waiting for you at his house.  When he cooked, he used different pots and pans so that the food didn’t cross-contaminate.  Even when he tailgated at the Eagles games over the last 13+ years, there were “meat pans” and “vegetarian pans;” the vegetarian ones never had meat in them.  One of his favorite tailgate memories was attending the Eagles/Giants game on a Sunday at 1 PM and the Phillies/Yankees World Series game that night (he also went to the Flyers game the next evening).  He loved to tell the story of the day we ate breakfast, lunch, and dinner in the Lincoln Financial Field parking lot, had “Eagles green” cups and utensils for the morning and “Phillies Red” for the evening.

Pops loved to travel.  He planned annual trips to Phillies Opening Day games, went to the Master’s several times, got to watch the Eagles in the 2004 Super Bowl in Jacksonville, attended PGA majors, and also fulfilled “bucket list” trips.  He loved telling the story of his ship travelling 15 nights from the Atlantic to the Pacific through the Panama Canal.  In 2017, he fulfilled a lifelong dream of going to Alaska and was especially excited to become part of the “30% club” to see Denali, a breaching whale, and witness a bald eagle in its natural habitat.  More recently, he traveled to spend time with his son and daughter-in-law and particularly loved boating with them and family in Wisconsin.  His trips always included food (renting a house with his friends and having a barbeque butler come to the house, buying a Weber grill to grill steaks, then shipping it home, and planning out the menus on family vacations to North Carolina).  They also included memories of experiences we all cherish.  His story could go on for pages if we included the memories he helped to create throughout his early years.

While these are things about Jerry that we will all remember, what we all may not have seen was Jerry’s devotion to his mother.  She moved into Independent Living more than 22 years ago when most of her family and friends at the time lived within 15 minutes of the facility.   Although everyone has since moved, she has not wanted to leave her home, so Jerry did the best he could to take care of her from afar.  He talked to his mother on the phone every single day.   He would visit her as often as he could-at least 1 time per month, but many times it was more frequent than that.  He would find her Polish foods and have them sent to her, or he would drive to a bakery that made them, then take them up to her.  As she was losing her vision, he would concoct ways to have a hose near her patio door so that she could continue to have her garden safely and without having to tinker was a nozzle.  He spent hours researching magnifying lenses to try to help her read books as she loved to do.  He programmed her phones so that she could call whomever she needed with the push of a button on the house phone.  Most essential to everything he did for her, even when he knew there was a technological solution to some of the challenges that would quickly eliminate the issue, he had the patience and wisdom to understand that the solutions needed to help make his mother feel comfortable.  So rather than force her into a new technology that pushed her out of her comfort zone, he figured out a way to help her and meet her “where she was at” so to speak.

This was the essence of who Jerry was as a human being:    Thoughtful.  Compassionate.  Naturally introverted.  Committed.  Principled.  Most importantly, Loving.

He is survived by his Mother-Wanda Arrison; Sons-Daniel (Angela) and Derek (Erin); Brother-Walter (Linda); 2 granddaughters (Alexandria and Julia); Aunt (Barbara); nieces and nephews.  He was predeceased by his sons Patrick and Gregory, his Father (Walter), and uncles and aunts.

He will be missed by those who knew and loved him.  Services will be private.   In lieu of flowers, the family requests that a donation in Jerry’s name be made to the Brian Dawkins Impact Foundation.

To send flowers to the family or plant a tree in memory of Jerome P. Arrison, please visit our floral store.

You can still show your support by sending flowers directly to the family, or by planting a memorial tree in the memory of Jerome P. Arrison