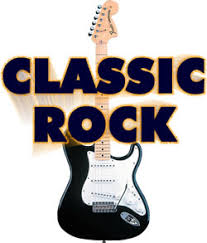 James graduated from Thomas McKean High School, Wilmington, Delaware in 1982 and was employed with The News Journal for several years.  He enjoyed cooking at home and also worked in restaurants.  Jimmy loved the outdoors with the fruit trees, garden and fresh air.  During his school years, he was involved in horticulture.

James enjoyed playing his guitar.  He participated in band while in school, and formed a band along with his friends.  He enjoyed listening to rock and roll, Led Zeppelin, Aerosmith, The Cars and many other bands.  Jimmy was an avid Philadelphia Eagles fan and watched the games with his nieces.  He and his great niece, Tulip, always had fun together while playing with her toys and playing ball.  He loved being with his family and friends.

He was predeceased by his parents, Fabio and Josephine (Ercole) Paoletti; his sister, Jeannette Paoletti; his brother and sister-in-law, Angelo J. and Lorraine Paoletti.

We love him, and he will be greatly missed by his family and friends.

Family and friends are invited to visit at the Doherty Funeral Home, 3200 Limestone Road, Pike Creek on Sunday, October 2 from 2:00 – 4:00PM.  A Catholic funeral service will be held at the funeral home on Monday, October 3 at 10:30AM, immediately followed by interment in Cathedral Cemetery.

To send flowers to the family or plant a tree in memory of James J. Paoletti, please visit our floral store.

A Memorial Tree was planted for James