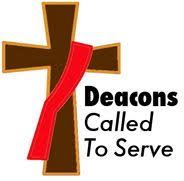 Francis J. Huhn, Jr., beloved husband, father and grandfather, passed away peacefully at his home on Thursday, July 2, 2020 at the age of 75.

Francis was a very caring and compassionate person. He was a retired deacon of the Catholic Diocese of Wilmington, having served at Holy Angels and Resurrection Parish.  After his retirement from the diaconate, he remained chaplain of a small faith community called “Small Wonder”, which is part of an international faith community called “Faith and Light” that ministers to persons with intellectual and physical disabilities, their families and friends.  Small Wonder meets on the first Monday of the month at Mary Campbell Center in Wilmington.

Francis graduated from Conrad High School and attended Wesley College.  He was employed by the DuPont Company for 42 years as a lab technician.  While he was raising his family, he was a foster parent to two beautiful teen girls.  After his retirement from DuPont, he volunteered as a facilitator for a 12 week educational program called “Family to Family” with his wife, Joanne.  This program is sponsored by NAMI-DE and is offered free to family and friends who have a loved one struggling with a mental illness.  In 2013, he received the Volunteer of the Year Award for his role in the Family to Family program.

Francis was predeceased by his parents, Francis J. Huhn, Sr. and Gertrude Wood; as well as his grandmother, Gertrude Sparks, who helped raise him after his father died when he was 11 months old.

Funeral services will be held privately.

To send flowers to the family or plant a tree in memory of Francis J. Huhn, Jr., please visit our floral store.