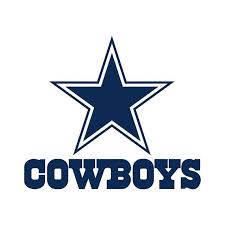 Donald Eugene Thiemann, 85, of Wilmington, Delaware peacefully passed away on Thursday, November 12, 2020.  Born in Cincinnati, Ohio on April 15, 1935, he was the son of the late Clarence and Marie (Wesseling) Thiemann.

Don attended Roger Bacon High School in Cincinnati and proudly served in the Army, having been stationed in Japan, for two years after graduation.  He worked his entire 35 year career for DuPont, moving from Cincinnati to Atlanta, Dallas and Charlotte before settling in Wilmington in 1973.  He retired in 1992 as an account executive.  Don was a member of the Chemical Club of Philadelphia and a past president of the organization.  He was also active in his community of Linden Heath.  He enjoyed playing golf, family vacations in Myrtle Beach, trips to Las Vegas and going on cruise vacations with Barbara.  Don was an avid Dallas Cowboy fan.  He loved to cook and was famous for his chili, bleu cheese dressing and apple pie.

The family would like to thank all the caregivers form Home Instead and Somerford Place for their compassion and excellent care.

In keeping with COVID-19 directives, all services will be held privately.

In lieu of flowers, donations in memory of Don may be made to the Alzheimer’s Association, 225 N. Michigan Avenue, Floor 17, Chicago, IL 60601 (www.alz.org).

To send flowers to the family or plant a tree in memory of Donald Eugene Thiemann, please visit our floral store.