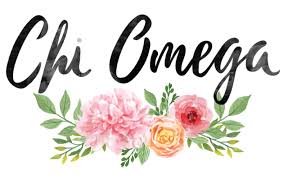 Born in Penn Hills, PA on October 5, 1939, she was the daughter of the late Marie (Jaratz) and Michael Rizak. Barbara received her BA in Education at the University of Pittsburgh in December 1960 and married Charles D. Eberle on January 7, 1961. The couple moved to Delaware in 1967 with their young son, Charles. They also had short stints in Linden, NJ and Victoria, TX before moving back to the Newark area in 1972 with another son, William Michael. Barb did some substitute teaching and tutoring but mainly devoted herself to raising her two sons.

Barbara loved shopping on QVC, especially to add to her extensive doll collection and her wardrobe. She was proud to be a member of the Chi Omega Sorority, which her granddaughter, Megan, was also a legacy member. Barbara was also a devoted Phillies and Eagles fan.

Barbara will be remembered for her devotion to her family. She was a loving wife, Mom and Grandma, who was the peacekeeper of the family. There was no arguing with Barbara. Her catch phrase was “Do it”.

Barbara is survived by her husband, Charles; her sons, Charles and his wife Hilary, and William and his wife Monica; her nine grandchildren, including triplets, Jacob, Ryan and Megan, as well as Brady, Justin, Kaelan, Shannon, Jackson and Bailey; her sister, Marie Brendlinger in Pittsburgh and sister-in-law, Leah Rizak. She was predeceased by her brother, Michael Rizak.

Services will be private.

In lieu of flowers, memorial contributions may be made to the Newark Library designated for the Audio Book Library, 750 Library Ave., Newark, DE 19711.

To send flowers to the family or plant a tree in memory of Barbara Ann (Rizak) Eberle, please visit our floral store.