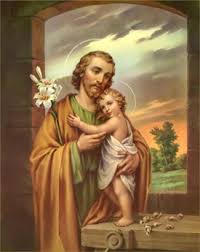 Joe was born in Wilmington, DE on February 22, 1923 and graduated from Wilmington High School in 1941. After a brief career as a milkman upon graduation, Joe enlisted in the United States Army in 1943 and served our country during World War II. He was an Infantry Squad Leader and received the European/African/Middle Eastern Service Medal of Victory, having served in the Battle of the Bulge in December 1944. Joe received an honorable discharge shortly thereafter.

After the war, Joe was employed by ICI, Imperial Chemical Company, as a machinist for many years up until his retirement in 1980. He was an accomplished hand ball player and received many awards, as well as championship medals. Joe was an avid reader, devout Catholic, and proud member of the “Greatest Generation.”

A Mass of Christian Burial will be celebrated at St. Hedwig Church, Linden and S. Harrison Streets, Wilmington on Thursday, May 16 at 10:00AM, immediately followed by interment in All Saints Cemetery.

In lieu of flowers, donations can be made in Joe’s name to Saint Hedwig Catholic Church, 408 South Harrison Street, Wilmington, DE 19805. The family would like to thank the staff at Ingleside Home Retirement Apartments for many years of support, as well as the caregivers, nurses, and doctors both at Saint Francis and Christiana Hospitals who cared for Joe during his final days.

To send flowers to the family or plant a tree in memory of Joseph E. Nero, please visit our floral store.