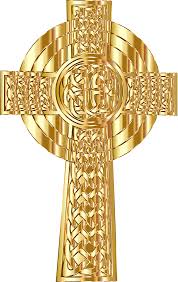 Our beloved Dad and Pop passed from this life on Monday, February 11, 2019 surrounded by his family after a long illness.  He was born in Philadelphia, PA on February 17, 1927 to Marie (Dillman) and Lawrence Crimian.

In 1943, just out of Olney High School in Philadelphia, Jack was signed off the baseball sandlots as a pitcher by Jacko Collins, a scout for the Philadelphia Phillies and reported to Bradford, PA.  In 1944, he was promoted to the Wilmington Blue Rocks, where he played until he served in the Army as a paratrooper.  Jack’s father suddenly died and he returned in 1946 to the Wilmington Blue Rocks to support his mom and brother.  He was traded in 1947 to Omaha, a minor league team for the St. Louis Cardinals.  He continued with the Cardinal’s organization by playing for the Columbus Red Birds and married the love of his life, Mary T. Kelley of Wilmington, Delaware, whom he met while playing for the Blue Rocks.  His pitching career continued with the Columbus Red Birds from 1949 to 1951. During the 1951 season, Jack made his debut in the Major Leagues for the St. Louis Cardinals.  On that July 15, Jack won his first major league game, beating the Philadelphia Phillies 7-4 in relief.  In the 1952 Little World Series, pitching for Rochester, he was the winning pitcher in both the fifth and sixth games and saved the final game, beating the Kansas City Blues.  His major league career also included Kansas City Athletics, Cincinnati Reds and Detroit Tigers.  Jack was voted the “Most Valuable Player” of the International Baseball League while playing for the Toronto Maple Leafs in 1955.  Jack’s professional baseball career ended in 1959 while playing for the Triple A Dallas Rangers.

In his final blaze of glory, Jack came out of retirement and pitched undefeated with the legendary Brooks Armor Car Team in the Delaware Semi-pro League in 1963 through 1965.  His combined record was 26-0.  In 1999, Jack was inducted into the Delaware Sports Hall of Fame for his accomplishments in baseball.

Jack worked as an auto body and fender specialist in the off seasons and continued this work for John’s Body Shop in Wilmington, DE for 34 years.  He enjoyed bowling, golfing, woodworking and spending time with his family at their summer home in Rehoboth Beach.  Jack and Mary were long-time members of Holy Rosary Church in Claymont where they were very active in parish life.   They were also charter members of the Irish Culture Club of Delaware and the New Castle County Irish Society.   Jack was a member of the Major League Baseball Players Alumni Association.

Jack is survived by his four children, Ann Marie Corrigan (Michael) of Middletown, Mary Ann Mieczkowski (Francis) of Hockessin, Michael (Loraine) of Bear, and Kathleen Christy (Tom Brazil) of Boothwyn, PA.  In addition, he is survived by 6 grandchildren, Jeffrey Corrigan, Frank and John Mieczkowski, Jack Crimian, Lauren and Jerry Christy and 9 great-grandchildren.  Jack was predeceased by his parents, the love of his life and wife, Mary T., his infant daughter, Mary, his brother, Robert, and granddaughter, Tracy Corrigan.

Friends and family are invited to a visitation at the Doherty Funeral Home, 3200 Limestone Road, Pike Creek, on Monday evening, February 18from 4:00-7:00PM.  A Mass of Christian Burial will be celebrated at St. Joseph’s RC Church, 371 E. Main Street, Middletown, DE on Tuesday, February 19 at 11:00AM.  His interment will follow in the Delaware Veterans Memorial Cemetery.

To send flowers to the family or plant a tree in memory of John Melvin "Jack" Crimian, please visit our floral store.