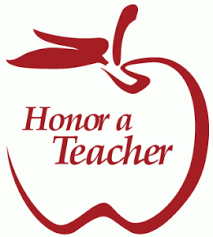 Bill was born in New York, New York on December 9, 1952, a son of the late William H. and Hilda (Martinez) Lorenzo.  He earned a Master’s Degree in History from NYU, and proudly served our country in the United States Air Force, having achieved the rank of Sergeant.  Bill was a teacher with the Red Clay School District, State of Delaware for several years and taught at Marbrook Elementary, Anna P. Mote Elementary and Conrad Middle School.

Bill participated in three New York Marathons, enjoyed jogging, tennis, and board games.  He was a member of St. Anthony of Padua Parish in Wilmington.

Family and friends are invited to visit at the Doherty Funeral Home, 3200 Limestone Road, Pike Creek on Monday, April 19 from 5:00-7:00PM or on Tuesday, April 20 from 9:00-10:00AM.  A Mass of Christian Burial will be celebrated at St. Anthony of Padua Church, 9th and DuPont Streets, Wilmington on Tuesday at 11:00AM, immediately followed by interment in Delaware Veterans Memorial Cemetery, 2465 Chesapeake City Road, Bear.

In lieu of flowers, donations in memory of Bill may be made to his parish, St. Anthony of Padua, 901 N. DuPont Street, Wilmington, DE 19805.

To send flowers to the family or plant a tree in memory of William H. Lorenzo, Jr., please visit our floral store.