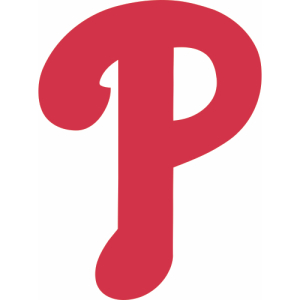 The Philadelphia Phillies lost one of their most long suffering and devoted fans on May 17, 2022, when Ron Keen died at his home in Wilmington, Delaware.

Ron was born on June 14, 1951 and grew up in Cooper Farm and North Star. as the much-loved oldest son of Jack and Muffy Keen, along with his brother and sister, Marty and Lori. His passion was always baseball, whether it was playing games in the neighborhood, or in the Capitol Little League, or collecting the trading cards of his favorite players or coaching his sons as a grown up.

He was a graduate of A.I. DuPont High School and a proud Blue Hen, University of Delaware Class of 1973. He was happy to tell you the story of how he met his bride, Ann Louise, on a UD freshman Spring break trip to Paris, and how several weeks later he sealed the deal with a popsicle, while sitting on the steps of Old College with her. They would have celebrated their 48th anniversary this week.

Ron was exceedingly proud of his 43 years of service to the state of Delaware, mostly working within the court system and the Department of Corrections. He held positions in the Pre-Sentence Office, in Probation & Parole as an officer and a supervisor and in the Criminal Justice Council. He led the Domestic Violence Coordinating Council in its early days. He served as the second president of FOP Lodge #10. He always loved his work, but especially when he could help the judges with whom he interacted.

At home, his "boys" were everything to him. He was a patient and quietly loving dad, who led by example. He was always up for a catch, a game of Hearts or a trip to Vince's batting cage. His competitive drive allowed him to win the coveted "Keen Cup" on more than one occasion. He enjoyed his mother's pecan pie, Turner Classic Movies, the Rockford Files and long beach walks in Cape May. Most recently, he looked forward to his classes at Rock Steady Boxing Cornerstone with his teachers, Katie and Mandy.

Ron was predeceased by his father, John F. (Jack) Keen and his brother, Randall Martin Keen. He is survived by his mother, Mary Ruth (Muffy) Thomas Keen of Peoria, AZ and his sister and her husband, Lori and Gary Goldsmith.

He is also survived by his wife, Ann DePace Keen, his sons and their wives, J. Matthew Keen and Beth Steinberg and Alex Keen and his wife, Becky Keen and Paul Keen and his partner, Rachel Stivers. He was the beloved "Pop" to his grandchildren, Gideon and Sylvie Keen and Nathaniel Keen. He is also survived by sisters-in-law, Susan and Regina DePace and brothers-in-law and their wives, Dan DePace and Mary Archer and Lou and Katie McLaughlin DePace and many special nieces, nephews and cousins.

Thank you to Ann's sister Susan and friends Wayne and Peg Stanford and all the other people who helped Ron through his difficult illness.

In lieu of flowers, the family suggests contributions in Ron's honor should be sent to the Brain Support Network, PO Box 7264, Menlo Park, CA 94026.

To send flowers to the family or plant a tree in memory of Ronald Thomas Keen, please visit our floral store.

A Memorial Tree was planted for Ronald