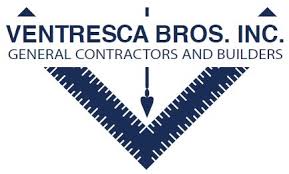 Ralph Thomas Ventresca, Jr, age 89 of Wilmington, DE, much loved husband, son, father, brother, step-father, grandfather, great-grandfather, and great-great grandfather, took his last breath peacefully in the early afternoon of March 14, 2020. He had a huge love of life, and his strength, courage, and determination to live it fully carried him through to the end.

Ralph was born on January 4, 1931 to Martha and Ralph Ventresca, Sr. in Wilmington, DE. After graduating from Wilmington High School in 1948 he joined the Army as a paratrooper in the 82nd Airborne until being honorably discharged in 1950. Ralph then worked at his grandfather’s construction firm, A. Ventresca and Sons, as a mason, before becoming co-founder of his own business, Ventresca Bros., along with his brother Anthony in 1957. He served as Vice President and General Superintendent of Ventresca Bros. from it’s inception until his retirement in 1997 at the age of 66.

Ralph was always busy, working on the house he expertly built and in the yard he lovingly maintained, cooking delicious food for his family, entertaining, watching the Eagles, Phillies and drinking a few beers, listening to Frank Sinatra, and traveling and enjoying life with his wife. He looked forward to holidays especially, and was full of joy as his kitchen filled with those he loved. His strength, intelligence, and sense of humor was constant and something he retained even when beset with health issues. He never gave in to a bad day.

In compliance with the current CDC, Federal and State regulations regarding the COVID-19 pandemic, all services for Ralph will be held privately.  A public Celebration of Life will be held at a later date.  Thank you for your prayers, support and understanding.

To send flowers to the family or plant a tree in memory of Ralph T. Ventresca, Jr., please visit our floral store.

Your browser does not support this video format. You should be able to view it in Chrome, Safari or Internet Explorer.

Private for Immediate Family due to COVID-19 Crisis