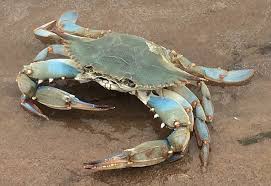 Paul A. Haefner, Jr., retired Professor of Biological Science at the Rochester Institute of Technology in Rochester, NY, died May 15, 2020 after a long battle with Parkinson’s disease and the COVID-19 virus.

Born and raised in Lancaster, PA, he was the son of Paul A. Haefner and Janet Simmons Haefner. Paul graduated with a Bachelor’s Degree in Biology from Franklin and Marshall College in 1957. He was a member of the swimming team and Phi Kappa Tau fraternity. He went on to receive his Master’s Degree (1959) and PhD (1962) at the University of Delaware.

He taught and conducted research in marine science at Louisiana State University in New Orleans, the Cooperative Fishery Unit at the University of Maine (1963-1969), the Virginia Institute of Marine Science (College of William and Mary, 1969-1977) and the Rochester Institute of Technology (1977-2001), where he also served as department head of Biology for six years.

In 1985, he was awarded a Fulbright Fellowship to The Netherlands to study a species of shrimp at the Netherlands Institute for Sea Research. He also conducted research at the Bermuda Biological Station. He enjoyed escorting students to Bermuda and instructing them on the basics of specimen collection and data analysis.

Paul was an active member of the Crustacean Society and served as secretary and president of the society from 1987-1998. He was the author of a marine biology laboratory and field manual and numerous research papers.

Paul was an avid sports fan and competed in swimming at the Master’s level. He loved to paint using various media and was an enthusiastic woodworker. He was very interested in genealogy and wrote two booklets tracing his family history, and that of his wife, to give to family members. Paul enjoyed traveling to foreign locales with his wife, Sue, whom he met at the University of Delaware. They were able to spend several months in The Netherlands and Belgium while he was on research sabbaticals.

He is survived by his wife, Katherine (Sue) Bastian Haefner; his three children, Sharon Haefner, Robert Haefner (MaryAnn) and Katherine Hoppenjans (David); and his four grandchildren, Joseph and Michael Haefner and Sarah and Emily Hoppenjans. He is also survived by his sister, Mary Sue Long, brother-in-law, Richard Long, three nephews, one great nephew and one great niece.

In lieu of flowers, please consider a contribution in Paul’s memory to the Chesapeake Bay Foundation, 114 South Washington St., Easton, MD 21601. Due to the COVID-19 pandemic, funeral services will be private.

To send flowers to the family or plant a tree in memory of Paul A. Haefner, Jr., please visit our floral store.

You can still show your support by sending flowers directly to the family, or by planting a memorial tree in the memory of Paul A. Haefner, Jr.