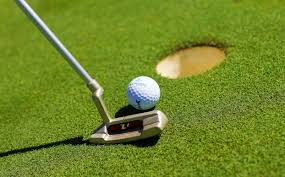 A “life well lived” ended on June 21 as Michael Orecchia completed a beautiful life, a journey full of love, happiness, joy, adventure and excitement  in the company of his wife, Theresa and son, John.

Originally from New York, he was predeceased by his parents, John and Anna Orecchia and grew up in Brooklyn. He married Theresa (Spittle) and they were residents of Wilmington. Michael is survived by three children; Michelle Guzman (John), JoAnn Olson (John) and John Orecchia (Theresa).  Additionally, he is survived by seven grandchildren, Mark, Michael, John, LeeAnn, Louis, Gabriel and Luke.

He attended College of the Holy Cross and later entered the US Army.  In 1972 he joined Stuart Pharmaceuticals (Astra Zeneca) as a Sales Representative and subsequently moved through several positions of increased responsibility, ultimately becoming Vice President of Sales and Marketing for their newly acquired Dental Division, Coe Laboratories.  The company was located in Chicago and was later acquired by GC America where he accepted the position of President/COO.  Upon his retirement from GC he was offered a position as GM of a recently acquired dental company Confi-Dental (Septodont) in Colorado and remained with them until his official retirement in 2013.

Since both GC (Japanese) and Confi-Dental (French) were foreign owned companies, Mike was able to travel the world on their behalf.  He enjoyed traveling and loved golf, having belonged to a variety of clubs in Illinois, Colorado and the Wilmington areas.  He enjoyed Florida where he and Theresa spent many enjoyable winters.

A Mass of Christian Burial will be celebrated at St. Catherine of Siena Church, 2503 Centerville Road, Wilmington, DE 19808, on Wednesday, July 1, 2020 at 10:30am. Interment will follow in All Saints Cemetery.

To send flowers to the family or plant a tree in memory of Michael Vincent Orecchia, please visit our floral store.