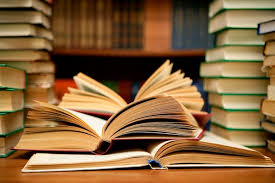 Margaret Strausser Bush, known as Peggy, was a remarkable woman. She contracted polio as a young child and, as a polio survivor, she had pain every day of her life. But her indomitable spirit not only kept her going, it made her excel in everything she tried.

While working in the Reading, PA Museum and Art Gallery, she met the love of her life, Arthur Joe Bush.  They married and had two children, Beryl C. Bush and Jennifer Diane (Deedee) Bush.

Peggy was asked to set up and direct the Lewis B. Hershey Museum at Tri-State University in Angola, IN. Lewis Hershey was a Four-Star General and Advisor to the President. He and Peggy collaborated to create the museum. Some of the artifacts were later on display at the Smithsonian Institution and Peggy was recognized by the Selective Service Agency in Washington, D.C. for her work locating lost bits of history.

Starting in 1969, and continuing for most of her adult life, Peggy wrote articles for newspapers and magazines, mostly on history and local interests.

When Joe and Peggy moved to KY, Peggy became the Executive Director of Hobson House Museum which drew visitors from around the country. She became close friends with Margaret Morehead Hobson, granddaughter of William E. Hobson. Peggy promised Margaret she would write a book about William Hobson, and in 1990 she fulfilled that promise. Peggy and Joe co-authored the book “Black Powder to Black Gold - The Life & Times of William E. Hobson”. The book brings to life the horrors and losses during the Civil War while celebrating the honor, loyalty and determination of the individuals on both sides.

In addition to history, Peggy and Joe loved art and filled their home with art books. Peggy started painting and sculpting and became quite a talented artist. She and Joe also collaborated on sculptures. They encouraged their daughters to create and, because of their influence and support, Beryl has received awards for her paintings and is a published illustrator. Jen has sculptures in private collections and in two universities in Ireland.

As an engineer, Joe had a deep appreciation for all the sciences and Joe and Peggy shared a love for the natural world. They wanted to impart the wonder of science to their daughters, so they took the girls on nature walks to point out things of interest from the tiniest insect to the tallest tree. They went to museums, aquariums, zoos, planetariums, libraries, science labs in the universities where Joe taught, and they collected an impressive array of books on a myriad of subjects. They answered any questions the girls asked and supported them in every science fair and science experiment they did. They allowed their daughters the freedom to explore any interest they had.

Peggy never stopped learning, never lost her sense of humor and never allowed herself to slow down. She lost her beloved Joe in 2000, but she continued to honor the life they had lived together by creating art as long as she was physically able to do so.

Her body finally gave out on May 3 in the early morning hours, at the age of 90. Peggy previously said her goal was to make it to 100. But making it to 90 was quite an accomplishment, just one more in a life filled with so many remarkable accomplishments.

A true force of nature with a loving and encouraging soul, she will be dearly missed. Their daughters agree that Peggy and Joe are the most interesting people they’ve ever met and are grateful for having been given so many opportunities to grow and pursue their dreams.  Beryl and Jen send Peggy off with love and admiration as she joins her husband Joe, father Clayton, mother Teddy, sister Dottie, General Hershey, Margaret Hobson and all the others who have gone on before her.  We know she will have more remarkable adventures.

The service will be private at the family’s burial site at Charles Evans Cemetery in Reading, PA.  In lieu of flowers, Peggy’s family would be grateful for donations to Shriner’s Hospital for Children.

To send flowers to the family or plant a tree in memory of Margaret Strausser Bush, please visit our floral store.

A Memorial Tree was planted for Margaret