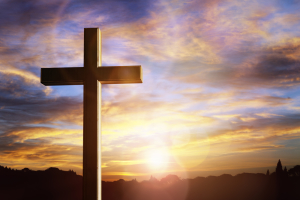 CB JOE (Joseph M. Williams), age 76, son of Joseph H. Williams and Edna Rafalko, passed over and joined many loved ones on December 21, 2021. His wife of 55 years, Alice, was by his side as he went home to His Savior and Lord. Joe grew up in Rhode Island and proudly joined the U.S. Navy right after graduation from Warwick Veterans’ Memorial High School. He served nearly ten years, including on Guam and aboard the USS Hull during the Vietnam War.

The most important life event for Joe was when he was born again as a result of Rev. Pat Robertson’s preaching and teaching on the 700 Club (CBN) in 1972. His heart and life was changed and he grew to love Jesus and people. His favored Bible was the American Patriot’s Bible. He was a walking, talking faith and family man.

What followed for the next 50 years was a remarkable journey of entrepreneurship. CB JOE TV & APPLIANCE began very small in a house in North East, MD. The adventure grew into Delaware. Working diligently with wonderful employees and loyal customers, the business survived many challenges and continues on. Also, the CB JOE SHOW, lasting 25 years, made Joe and Alice recognizable to many and put thousands of prizes in local homes.

Joe’s other great love was his Baseball Family and brought him many victories and triumphs. Who could forget his “Keep On Running Boys.” In 1983, Joe managed the 13 year old Little League team of North East, MD that brought home the first State Championship for North East. Grandson Ryan was the starting 3rd baseman for Delaware Post One that brought home Delaware’s first American Legion World Series Championship in 2018. Grandson Kevin pitched for Delaware Military Academy to help them secure their first ever Baseball State Championship. What joy!

Joe’s other interest included Presidential Homes and Libraries, The Museum of the Bible, The Creation Museum and the Ark, and the Museum of the American Revolution. Also, arm-wrestling customers, Rock Paper Scissors Champion, teaching juggling, Slapsies, and his RV. He loved the Craig Reunion and his 1963 Class Reunions. Joe’s final hope is that eventually all join him through the forgiveness Christ purchased for us.

Special notice for daughter-in-law Karen: Joe loved her and she supported him for over a year of treatment of the cancer we hated. Also, a shout-out to Jim Cooper, store manager, who more than stepped up to the plate. Thank you!

To send flowers to the family or plant a tree in memory of Joseph M. (CB JOE) Williams, please visit our floral store.