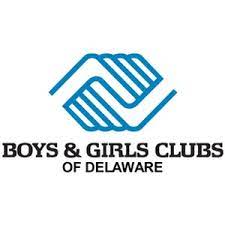 Dulin, a graduate of the University of Maryland, began his career with the Delaware organization in 1952. He left his position as Assistant Executive Director to launch the Boys Clubs of St. Charles, MO and the Boys Clubs of Athens, GA with service in Milwaukee before returning to head the Delaware organization from 1967 to 1990. He consulted for the organization in Dallas, TX and Newark, NJ after retirement. Among his many honors was selection by his peers as national youth advocate of the year. His passion to help at-risk youth was fueled in part by his own upbringing in a tough section of Baltimore during the depression.

Dulin, a natural athlete, played organized sports for the first time in high school and was encouraged by a coach to obtain an athletic scholarship. When World War II broke out, his coach enlisted, sports were disbanded, and Dulin enlisted in the Naval Air Corps at the age of 17. He was a radioman and tail gunner on a B-24 Liberator.

Upon discharge, Dulin attended the University of Maryland on the G.I. Bill, where he was on the boxing and baseball teams. At college he met and later married Mary Schoen. They moved to Wilmington for her job as a dietician with the Hotel DuPont. Together they had five children, who survive him: Carol of Wilmington, Patrick (Katie) of Portland, OR, Michael (Fernando) of Manhattan, Timothy (Karen) of Palm Springs, Thomas (Karen) of Ocean View, and five grandchildren.

After Mary’s passing, he married Margaret “Peg” Seal, also now deceased. Together they launched a number of charitable projects, including free books for classroom and Boys and Girls Club libraries. He is survived by six stepchildren: Elizabeth (Chris) of Swansea, SC, Liam (Jean) of Wilmington, Barbara (Don) of Avondale, GA, Catherine (Michael) of Woodland Park, CO, Brian (Debbie) of Germantown, MD, Mary (Vance) of Seattle, and 8 additional grandchildren of the heart (a 9th predeceased). Also surviving are his brother in law, Robert (Dorothy) Schoen, his sister in law, Mary Lou (James) Dulin, nieces and nephews.

He left a legacy of hard work, integrity, humor, humility, faith, loyalty, and kindness (we at least inherited some parts!).

The family would like to extend a special thanks to Seasons Hospice for their professionalism and compassion and to caregivers Dawn Brown and Pauline Quaih.

A Mass of Christian Burial will be celebrated at the Cathedral of St. Peter, 6th and West Streets, Wilmington on Thursday, June 10 at 11:00AM, followed by interment in Lower Brandywine Cemetery, 101 Old Kennett Road, Wilmington.

In lieu of flowers, donations are suggested to the Boys and Girls Clubs of Delaware, 669 S. Union Street, Wilmington, DE 19805.

To send flowers to the family or plant a tree in memory of Joseph H. Dulin, please visit our floral store.