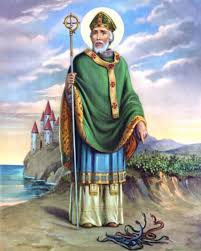 John George Murphy, 88, passed away peacefully with his family at his side on St. Patrick’s Day, after a brief illness.  Dad is now free to join the love of his life, Helen, with whom he shared 54 years of marriage.  Dad was born on October 27th, 1931 in Shenandoah, Pennsylvania and graduated from Shenandoah Catholic High School.  Following his marriage to Mom in 1951, Dad joined the Army and served in the Military Police in Austria.  Following his discharge, Mom and Dad lived in Pennsylvania, then moved to Delaware in 1955, where he was briefly employed by General Motors and Delmarva Power and Light.  In 1956 Dad began his career at the newly opened Tidewater Oil Refinery (now PBF) in Delaware City, where he retired as an area shift foreman after 36 years.

Mom and Dad became lifelong friends with the Refinery “family” and enjoyed many years of fellowship.  They especially enjoyed the company of each other’s families, and watching and supporting the children as they grew.

Mom and Dad had three sons and were the best parents any son could hope for.  Even though Dad worked a rotating shift every week for 36 years, Mom and Dad were always there for us, attending school functions, little league baseball and football, track, swim meets, etc. and they were supportive of any other interest we wanted to pursue.  We were blessed to have been raised by such wonderful parents who taught us too many life lessons to count.

Due to the COVID-19 Pandemic, funeral services and burial will be private.  A Mass and celebration of Dad’s life will be held at a later date.  In lieu of flowers, the family suggests contributions to The American Cancer Society, 92 Reads Way, New Castle, Delaware 19720.

To send flowers to the family or plant a tree in memory of John G. Murphy, please visit our floral store.