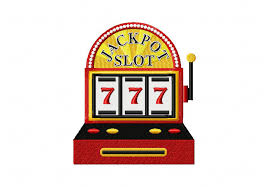 Henry Krajewski, 94, passed away on Monday, June 7, 2021. He was born on April 23, 1927 to Stanley and Alice Krajewski of Wilmington, DE, and was the youngest of 7 children. On November 30, 1952, Henry married the love of his life, Patricia Morris Krajewski. Married for 52 years, Henry and Pat created a beautiful family and owned H S Kress Painting Company. Their son, Kevin and son-in-law, Ken worked alongside Henry for many years. The company and Henry’s legacy live on today as N S Kress Painting, run by his grandson-in-law, Nick Stabler.  Henry was a proud veteran of the United States Navy, having honorably served our country from 1952 to 1954.

Henry could often be found at his “office” Delaware Park, at his favorite slot machines. He looked forward to the weekends when he would get his Friday treat of Dunkin Donuts coffee and donuts, go out to breakfast on Saturdays or Sundays, or enjoying his favorite breakfast at home, waffles with strawberries and whipped cream, made by Nick. He enjoyed staying busy by working on many painting projects around the home.

Henry will be dearly missed by all who knew him.

Burial will be held privately.

To send flowers to the family or plant a tree in memory of Henry S. Krajewski, please visit our floral store.