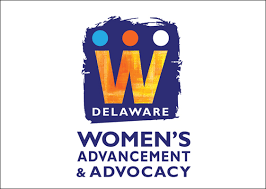 Helen Roberts Thomas, long-time resident of Delaware, has died in Wilmington at age 101.

Born in 1921 in Shanghai, China, Helen was the second of five children of Episcopal missionaries Dorothy (Mills) and William Roberts.  She spent the first 17 years of her life in China, principally in Nanking, witnessing firsthand the rise of Chiang Kai-shek and the Nationalist Revolution, the gradual resurgence of the Communist Party, and two Japanese invasions.  She came alone to the United States in 1937 to finish her education at Chatham Hall (Chatham, VA) and Wheelock College (Boston, MA), and returned to China during WWII in service with the American Red Cross.

Helen lived in Boston after the war -- teaching, working for the Boston Herald-Traveler, and rooting for the Red Sox.  She married John Cunningham Thomas, a native of New York City and a chemist in the DuPont Company’s Central Research Division, in 1951.  With a group of DuPont colleagues, they bought land and built a home in the community of Horseshoe Hill in Hockessin, on the site of a former farm.

Helen’s life purpose was expressed through many creative and intellectual pursuits, love for family and friends, and social and political activism.  In the 1960s, she obtained a real estate license and worked for Charles Foreman Realty, a broker dedicated to overcoming race barriers in New Castle County housing.  Later, she resumed her teaching career at Delaware Technical and Community College.  She co-founded the Delaware chapter of the National Organization for Women (NOW) in 1970, served on the first Governor’s Council for Women under Governor Russell Peterson, and worked for more than two decades to improve women’s lives in Delaware.  She is an ACLU honoree and a member of the Delaware Women’s Hall of Fame.  She was thrilled in later life to learn and teach tai chi under Chinese martial arts master Kevin Zhen Kang Sun, finally retiring at age 90 to write her memoirs.  Helen was an accomplished watercolor artist throughout her life, and an avid reader in the science of the origin and development of the universe.

Helen was predeceased by her husband John in 2002, and by her sister Edith and brothers Bill and John.  She is survived by her brother Bruce (Fr. Agustin) of Azul, Argentina; her three children -- Paul Thomas of Willow Springs, MO, Jane Alford (Richard) of Newark, DE, and Katherine Granfield of Wilmington, DE; as well as her Chinese family, Fang Wu and Kevin Zhen Kang Sun of Wilmington, DE and daughters Xin and Annie.

The family would like to thank the staff of the Lorelton Assisted Living community, Helen’s home of three decades, and Seasons and Compassionate Care hospices for their end-of-life care.

A Memorial Service and Jazz Vespers will be held at the Episcopal Church of Saints Andrew and Matthew, 719 N. Shipley Street, Wilmington, Delaware 19801 on Sunday, October 23 at 5:00PM.

In lieu of flowers, the family suggests contributions to Planned Parenthood of Delaware or to Ozarks Food Harvest (Springfield, MO).

To send flowers to the family or plant a tree in memory of Helen Roberts Thomas, please visit our floral store.