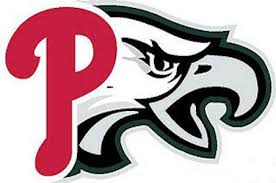 George “Terry” Gott, 55, of Wilmington, Delaware peacefully passed away in the comfort of his home, surrounded by loved ones, on Saturday, February 13, 2021.  Born in Wilmington on August 2, 1965, he was a son of the late Thomas M., Sr. and Lucille (Logan) Gott.

Terry worked as a union painter with Local Union 100 and was a recording secretary for them, and also worked for Local Union 2011 out of Philadelphia.  He was a passionate Eagles, Phillies and Nascar fan, as well as an avid outdoorsman who enjoyed fishing and hunting.  Terry possessed a kind and generous spirit, always willing to help others.  His greatest pleasure was time spent with his family.

In addition to his parents, he was predeceased by his brother, Daniel McAvaney; his brother-in-laws, Jerry Sheets, Mark Zurawski and Russell Toy.

*PLEASE NOTE: Funeral arrangements for Terry will be conducted in compliance with COVID-19 directives, which require mandatory face masks and social distancing at Union Hill Cemetery.

To send flowers to the family or plant a tree in memory of George Terrance "Terry" Gott, please visit our floral store.