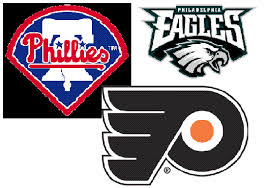 A graduate of John Dickinson High School in 1967, he also earned an accounting degree from Goldey Beacom College. He also attended Wilmington College. After completing his education, Ed enlisted in the U.S. Army. He then went on to work in retail until becoming disabled. Ed was a huge Phillies, Flyers and Eagles fan.

Ed is survived by his children, Malcolm and Melissa, his grandchildren, as well as his brother, Jeffrey C. Swift, and sister, Sharon Wilson, and their families.

In lieu of flowers, memorial contributions may be made in Ed’s name to the Wounded Warrior Project, PO Box 758517, Topeka, KS 66675 or support.woundedwarriorproject.org

At Ed’s request, services will be held privately.

To send flowers to the family or plant a tree in memory of Edward H Swift, Jr., please visit our floral store.

You can still show your support by sending flowers directly to the family, or by planting a memorial tree in the memory of Edward H Swift, Jr.