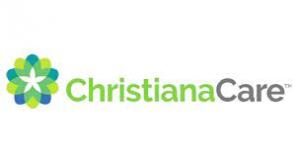 It is with deepest sorrow that we announce the passing of Dr. Jerry Castellano on January 1st, 2022 in his home in Wilmington, Delaware. Jerry, 65, was a loving father, grandfather, brother, uncle, cousin,  a highly respected member of the medical community, a member of the Phi Delta Chi fraternal organization, an Eagle Scout, and a proud son of Newark, New Jersey.  The ripples of his passing will be felt by all of the lives he impacted, through his work and his personal life.

Jerry’s work within ChristianaCare is well known as Corporate Director of the Institutional Review Board, decorated numerous times not only for his work within this hospital system, but for his speaking engagements across the country as well as internationally.  This culminated in being honored with the 2018 ARENA Legacy award for contributions to ethics in biomedical, behavioral and social science research.  The ARENA Legacy award is one of the highest honors bestowed within the Ethics organization PRIM&R, which safeguards medical research standards and is responsible for many of the ethical standards used in clinical and applied research to this day.

Jerry spent over forty years within the work of ethical consideration and direction for medical research and clinical research.  His work in clinical research was endorsed by dozens of colleagues, which began with his time in Georgia as a Pharmacist, where he met the mother of his children, Cathy, and continued until the day he retired in early 2021. In addition to his work in medical ethics, Jerry taught at University of Delaware as an associate adjunct professor.  He took great pride in being able to teach at the same university attended by his children.

Jerry loved to travel, and share his talents and knowledge of the medical field at any opportunity, speaking over a dozen times a year on average at conferences, hospitals, and emerging health care systems in order to improve ethical standards near and far for medical research.  His love of travel was not restricted to work, as the staggering number of friends and colleagues he established from coast to coast will attest.  Anyone who knew Jerry knew he loved to spend hours telling stories over dinner in the company of friends or family, either of his many travels, growing up in Newark to a close-knit Italian-American family, or his work in medicine.

Jerry was a father, a friend, a brother, and a healer; his passing is the loss of a great mind and pillar of the medical community, and a sharp loss to the standards of ethical practice for research specifically.  Countless individuals owe their health and wellbeing to the work that was done by the Institutional Review Board under Jerry’s stewardship.  He will always be remembered as a warm friend to those who needed one, and a source of strength to those who felt weak or conflicted.

Jerry is survived by his brother Mark, his children Jessica and Chris, and his granddaughter Madison. Jerry is predeceased by his parents Angelo and Marianne Castellano and his sister Maria.

A public gathering will be held at Doherty Funeral home on Limestone Road in Delaware on January 21st from 1-4 pm for those wishing to pay their respects.

To send flowers to the family or plant a tree in memory of Dr. Jerry Castellano, please visit our floral store.