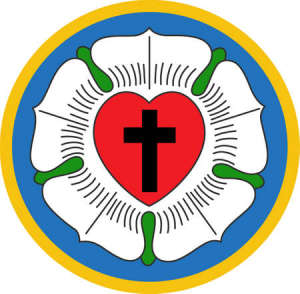 As a young girl, Doreen was a member of the Rainbow Girls and the Girl Scouts where she achieved the rank of the Curved Bar. She was involved in sports in the community, especially enjoying softball. Doreen was an active member of the Youth Group at Redeemer Lutheran Church in Bayside, NY. It was during Youth activities that she met her future husband, Raymond H. Clarke, Jr. Doreen & Raymond married in 1968. One year later, their first child, Leanne was born. Son, David, completed the family three years later.

Doreen spent most of her adult life as a full-time wife & mother. She thrived on spending time with family. She was a master at orchestrating her family’s schedules while volunteering at church & in her children’s school. She also coached her daughter’s Little League softball team for several years. After moving to DE, Doreen became a merchandiser for American Greetings. She was adept at setting up displays for the new seasons & loved to tell everyone that she was “fluffing the cards.”

Many BBQ’s, parties, & family events were held in the Clarke households, both in NY & in DE. Doreen was the coordinator for the family gatherings & vacations. There were several times that Raymond would receive a call at work from Doreen saying, “Ray, get tomorrow & next week off, we’re getting on a plane tonight!” Both Raymond & Doreen enjoyed travelling & spending time with social groups like the church youth group & Mr. & Mrs. Club in NY, & the Bunco crew & the Sages of St. Mary of the Assumption in DE. Doreen was the official “supervisor” for any activity. She often said her best asset was being able to give orders! She was always ready with a word of advice, a hot meal, or time to watch a baseball game. Doreen was an avid baseball fan. She loved the Brooklyn Dodgers until they “abandoned her” & moved to LA. She then became a NY Mets fan. You could always tell she would be in a good mood when the Mets won!

Above all, Doreen loved the Lord. She served the Lord in many capacities. No job was too big or too small for her. At different times throughout the years, she was seen teaching Sunday School, decorating for holidays, running the kitchen at VBS, & serving on the altar guild. She always knew how to properly set the altar both at Redeemer Lutheran Church in Bayside, NY & Concordia Lutheran Church in Wilmington, DE.

In lieu of flowers, the Clarke family suggests memorial contributions be made in Doreen’s name to Concordia Lutheran Church, 3003 Silverside Rd., Wilmington, DE 19810.

To send flowers to the family or plant a tree in memory of Doreen S. (Supper) Clarke, please visit our floral store.


Video is available for this event