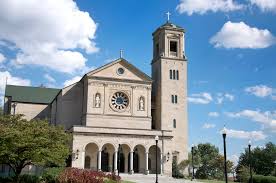 Donald “Swat” Sweeney, 82, of Wilmington, Delaware peacefully passed away surrounded by loving family on Monday, May 24, 2021.  He was born on August 22, 1938 in Wilmington, Delaware where he resided in the beloved neighborhoods of 4th and Franklin and Cleland Heights.

Don received his elementary education at St. Paul’s School and was a proud graduate of Salesianum School on 8th and West, class of 1956. Don began his career with the Electric Hose & Rubber Company and after seven years, became employed with Atlantic Aviation, having retired after 36 years of dedicated service.

Don was a faithful member of St. Elizabeth Parish. He was a fitness enthusiast who enjoyed running, walking, and playing golf with his Defiance buddies. He ran the New York City Marathon and competed in 25 straight Caesar Rodney half-marathons and numerous local road races.  An outstanding high school football player at Salesanium, he was selected to play in the first Blue-Gold high school football game.

Don will be dearly missed by his wife of 58 years, Jeannie (Renai) Sweeney; his children, Sean Sweeney (Mimi), Colleen Bonilla (Tito), Kara Welcher (Ken), Shannon Sweeney, and Erin Martin (Tom).  What brought him the most joy was being around his grandchildren and great-grandchildren: Cassidy, Luke and Madison Bonilla, Donovan, Kellen and Shea Sweeney, Jack, Abby and Emily Welcher, Max, Alex, Wyatt and Hailey Martin; Kennedy, Harper and Crew.

He is preceded in death by his parents, Neil and Elizabeth (O’Connor) Sweeney and his grandson, Garrett Martin.

Family and friends are invited to visit at St. Elizabeth Church, Cedar and S. Clayton Streets, Wilmington on Tuesday, June 1 from 9:30-11:15AM.  A Mass of Christian Burial will be celebrated at 11:30AM, immediately followed by interment in St. Joseph on the Brandywine Cemetery.

In lieu of flowers, donations in memory of Don may be made to St. Elizabeth Parish, 809 S. Broom Street, Wilmington, DE 19805.

To send flowers to the family or plant a tree in memory of Donald "Swat" D. Sweeney, please visit our floral store.