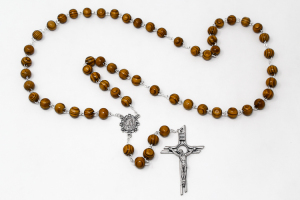 Dominick M. “Mimi” Facciolo, 86, of Wilmington, Delaware, passed away peacefully on Saturday, November 13, 2021, surrounded by his loving family. Born in Wilmington on December 15, 1934, Mimi was the youngest of eight children of the late Salvatore and Josephine (Francia) Facciolo.

A lifelong Catholic, Mimi remained devoted to his faith, enjoying weekly mass and connecting with his friends and family there.  His greatest enjoyment was to be surrounded by his children and grandchildren, and of course, Betsy, his wife of 64 years.  Together, Mimi and Betsy were devoted grandparents, attending their grandchildren’s sports events, dance performances, and concerts without fail.  Look to the sidelines, or the front row, or the edge of the pool, and there was PopPop, every time.  Walk by the front porch, and there was Mimi, ready to chat.  Going to the beach? Mimi would go, too; he loved an adventure.  Race track? Mimi would grab his buddy (and son-in-law) Larry and off they’d go. He was known for just “dropping by” for a visit. Mimi enjoyed getting together and going to breakfast with his friends; when an invite came he was always ready to go anywhere.

Mimi spent many years working with All American Engineering, where he formed lasting friendships, and played on the company softball team.  As an athlete in his youth and always an avid sports fan, Mimi understood the importance of a good coach; so much so, that he ended up being a coach himself - for his sons’ sports teams. Mimi had a kind gentle soul with a deep love for animals. He had an affinity for taking in stray animals and spent many years rescuing and feeding strays. He was always happy to lend a hand, or chip in for a good cause. Those who knew Mimi loved him, and knew how generous he was with his time and resources for all his friends, family, and those in need.  If anything was broken or you needed something there he was ready to help fix it.  If Heaven has a cheerleader, Mimi is right there, up front.

Mimi was predeceased by his sisters, Rose George and Catherine Petrucci; his brothers, Nicholas, Albert, Anthony, Gaetano and Joseph Facciolo.

Family and friends are invited to visit at St. Thomas the Apostle Church, 4th Street and Bancroft Parkway, Wilmington on Monday, November 22 from 10:30-12:00PM.  A Mass of Christian Burial will be celebrated at 12:00PM.  Interment will be held privately.

The family would like to extend a special thank you to family and friends who offered their prayers and support during this difficult time.  In lieu of flowers, donations may be made in memory of Dominick Facciolo to Faithful Friends Animal Society, 12 Germay Drive, Wilmington, DE 19804 (www.faithfulfriends.us).

To send flowers to the family or plant a tree in memory of Dominick M. Facciolo, please visit our floral store.