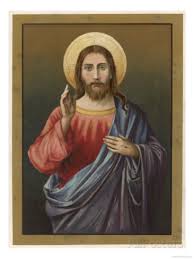 Carmella Carney died suddenly at home on Sunday, July 19, 2020 at the age of 93.  Carmella was born in Wilmington, DE on July 16, 1927 and was a lifelong resident of Wilmington.  She was the daughter of the late Frank P. Vignola, Sr. and Elmira Milbourn Vignola.

Carmella graduated from Wilmington High School in January 1945 and was ranked #1 in her class of 66 students.  She married Clement P. Carney in 1948 and was married for 39 years until his death in 1988.

Carmella worked for the Delaware Coach Company for several years before she was married.  After her first daughter was born, she and her husband opened C. P. Carney Photo-Litho Company where they made offset press plates for printers. In 1959 they opened Carney’s Camera Center just outside Elsmere on Kirkwood Highway. The business closed in 1992 and Carmella retired.

After retiring Carmella traveled frequently with her daughter Karen.  She visited all 50 states and many foreign countries.  Some of her favorite memories were the Grand Canyon, standing on the Great Wall of China, traveling in Australia, and cruising through an icefield in Greenland. Carmella particularly liked cruises and continued taking cruises out of Baltimore until last year.

Family and friends are invited to visit at Corpus Christi Church, 905 New Road, Elsmere, DE 19805 on Tuesday, July 28 from 10:00-10:45AM.  A Mass of Christian Burial will be celebrated at 11:00AM, immediately followed by entombment in Cathedral Cemetery.

In lieu of flowers, donations in memory of Carmella may be made to Corpus Christi Parish.

Funeral arrangements for Carmella will be conducted in accordance with COVID-19 directives, which require limited attendance, social distancing and mandatory face masks.

To send flowers to the family or plant a tree in memory of Carmella (Vignola) Carney, please visit our floral store.