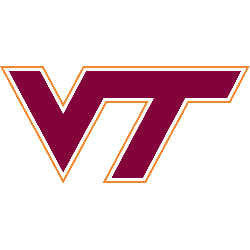 Arch Spencer Graham, Jr., 80, of Hockessin, Delaware, peacefully passed away on November 14, 2021, surrounded by the love of his devoted family.  The youngest of three boys, “Archie” or “Sonny“ as he was affectionately nicknamed, was born in Belfast, Virginia, on January 2, 1941, to Arch Spencer Graham, Sr. and Mary Pauline Harper Graham. Their family later moved to Radford, Virginia, where they made a home and the three boys grew up.

Arch attended elementary through high school in Radford, graduating from Radford High School in 1959.  He participated in many sports but especially loved track and basketball.  Childhood friends from a very young age, Arch and Susan, his beloved wife of 58 years, began dating in high school and married in 1963.  A proud graduate of Virginia Tech with a degree in accounting, Arch accepted his first job at Hercules, Inc. where he worked for 38 years, following in the footsteps of his father and mother. He also served in the U.S. Army and Reserves.  His career with Hercules took him and his family to many locations such as Mississippi, Georgia, and Delaware, where they stayed until his retirement.

Arch’s cherished moments were spent playing golf with his best buddies at Hercules Country Club, especially socializing in the 19th hole. Afterwards, he always stopped by the pool for a dip with his three children. Some of his favorite vacations and holidays were enjoyed with family and friends on the beaches of Hilton Head Island, St. Simons Island and the Outer Banks. Arch was always up for a family trip to Disney World.  He also loved driving through the Blue Ridge Mountains back to Radford and spending time with family in the country and on Claytor Lake.

Arch was an avid Hokie and Philly sports team fan, and he loved coaching his own children in various sports as they grew up.  However, his favorite sports spectating took place on the sidelines of basketball courts and soccer, field hockey, or baseball fields watching his treasured grandchildren play.  “Granddad” cherished every moment he could spend with his four grandchildren.

“To live in hearts we leave behind is not to die”; Arch is survived by his wife, Susan Cole Graham; his daughter, Amy Harper Graham; his daughter, Sarah Graham Bradley and her husband John Aloysius Bradley; their children, Anna Bradley Slattery (Mike) and John Matthew Graham Bradley; his son and namesake, Arch Spencer Graham, III; and his children, Alessandra Gabrielle Graham and Evan Cole Graham. He is also survived by his brother, James William Graham (predeceased by his wife Betsy) and sister-in-law, Florine Rodgers Graham (predeceased by her husband and Arch’s brother, Robert Franklin Graham) as well as many brothers and sisters-in-law, nieces and nephews, cousins, lifelong friends, and his loyal furry canine, Finley.

The family would like to thank Delaware Hospice, especially Elizabeth; Seasons Hospice; Home Instead, especially Brent and Evelyn; as well as his private caregiver Shannon for the patient and excellent care they all provided Arch in the past year.

A visitation for family and friends will be held on Monday, November 29, 2021, from 3:00 to 5:00 P.M. at Doherty Funeral Home, 3200 Limestone Rd, Wilmington, DE 19808.  A Celebration of Life will also take place in Radford, VA, in the spring.  In lieu of flowers, donations can be made in Arch’s name to Delaware Hospice or to the Alzheimer’s Association.

To send flowers to the family or plant a tree in memory of Arch Spencer Graham, Jr., please visit our floral store.