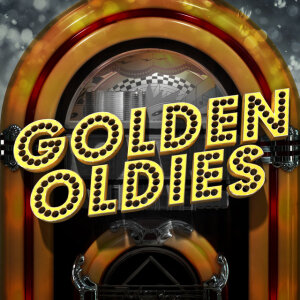 Anthony, lovingly referred to as Tony by his friends, was a 1981 graduate of St. John the Beloved Grade School, a 1985 graduate of Salesianum School and a 1989 graduate of the University of Delaware, where he earned his Bachelor’s Degree in communications.

His work career began at an early age when he became the neighborhood paperboy, delivering The Evening Journal until graduating from Salesianum.  During summer breaks from college, Anthony worked for The News Journal in the circulation department, coordinating with the managers of the morning paper deliveries.  From 1989 to 1993, he worked at the American Heart Association giving many presentations concerning heart health.  His career in banking began in 1993 at MBNA, which became Bank of America (BOFA).  Tony was currently a Senior Operations Analyst in the credit disputes division.  He was also involved in the training of many co-workers.  He made many friends at BOFA, always keeping them entertained with his wonderful sense of humor, not to mention his fabulous ties and socks.  His time there spanned nearly 29 years.

Tony was known for his delicious desserts.  His chocolate chess bars and pizzelles, which he lovingly made for many occasions, were enjoyed by his family and friends.  A consummate entertainer, he developed a love of music and singing while a student at Salesinaum, where he performed in many school plays and musicals including Joseph and the Amazing Technicolor Dream Coat.  His passion for performing continued at the University of Delaware and carried into his post graduate life with performances at the Three Little Bakers Dinner Theatre, Candlelight Dinner Theatre and the Wilmington Drama League, where he appeared in several Christmas shows.  Tony also participated in a community production of Bye-Bye- Birdie with students from Concord High School.  His only dramatic role was in To Kill A Mockingbird, where he delivered a powerful monologue as a prosecuting attorney.  His love of music began at a young age when he started collecting record albums, eventually building what is now a vast library.  Anthony was an “old soul” who loved listening to the “Golden Oldies”.  He also enjoyed vintage movies and classic television shows.  Betty White, Lucille Ball and Judy Garland were among his favorites.  When he wasn’t entertaining the show audiences, Anthony entertained his family and friends with his music, especially during Christmas, when he brought out a variety of CDs and cassette tapes for all to enjoy while being together.  Anthony truly was the life of the party and will be dearly missed.

Anthony was a proud member of the Claymore Senior Center and The Rainbow Chorale of Delaware, and enjoyed performing in several concerts.  He also loved serving as a cantor for the liturgies at St. John the Beloved Parish, and most recently at St. Elizabeth Parish.  His voice will be missed by his fellow cantors and parishioners.

Family and friends are invited to visit at the Doherty Funeral Home, 3200 Limestone Road, Pike Creek on Thursday, May 19 from 4:00 – 7:00PM.  A Mass of Christian Burial will be celebrated at St. John the Beloved Church, 907 Milltown Road, Wilmington on Friday, May 20 at 11:00AM, immediately followed by entombment in All Saints Cemetery.   The Mass will be live streamed on the parish website www.sjbde.org .

To send flowers to the family or plant a tree in memory of Anthony J. Gruszczynski Jr., please visit our floral store.