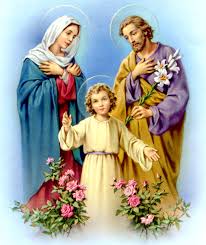 Agnes L. Haley, 89 of Wilmington, DE passed away peacefully surrounded by her family on June 27, 2022.  She was born in Wilmington, Delaware on December 11, 1932, to William and Anna (Delikat) Lutrzykowski.  Agnes attended St. Hedwig and St. Elizabeth’s High Schools. Before starting her career with the Du Pont Chestnut Run facility in 1951, she worked at T.B. O’Toole’s Real Estate and Pete George Tile Company. She married Robert A. Haley Sr. and after starting their family in 1964, Agnes remained home where she dedicated her life to raising her three children in faith, with patience, discipline, and humility.  It was during these early years that the family enjoyed many annual trips to Florida.

In 1976, Agnes returned to work for the Du Pont Glasgow facility until she retired in 1988. Anyone that knew Agnes understood she liked to keep busy, especially if that meant helping others. In 1991, she went on to achieve her Delaware Real Estate License where she fulfilled dreams for many first-time home buyers. She was a member of St. John the Beloved Parish where she was President of the Leisure Group and Church Lector for over 33 years. Agnes was extremely honored when she was asked to read at the Basilica of the National Shrine of the Immaculate Conception in Washington D.C., as well as when she read at the first Mass for her Godson, Father Joseph Piekarski after his ordination in 1986. Her faith was especially important to her; many would seek her prayers in times of need; she was fondly known as the “Prayer Warrior”.

Agnes found ways to help those in need; even in the third grade she assisted the Red Cross in making bandages for WWII. As a mother, she was incredibly involved in her children’s school events. Agnes volunteered as the “Homeroom Mom” Library Aid and school trip chaperone.   You could find her in the kitchen making sandwiches for the local homeless shelters, donating new clothing and baby supplies for Birthright, as well as ensuring during the holidays families in need had a Christmas to remember. She and her brother Bill would send packages to those in need across the world, Africa, Medjugorje and Madagascar just to name a few.

When her children grew older, Agnes started to travel. Germany, Austria, Switzerland, Medjugorje, Belgium, Ireland, Poland, Italy and Czechoslovakia were just a few countries she visited. After becoming a grandmother, she decided to purchase a place in O.C. Maryland for her family to enjoy the summers at the beach.

In addition to her parents, Agnes is predeceased by her brothers:   Joe Lutz and Bill Lutrzykowski; her sister Joan Slaby.

Family and friends are invited to a viewing at St. John the Beloved Church, 907 Milltown Road, Wilmington on Thursday, June 30 from 10:30 – 11:15AM.  A Mass of Christian Burial will be celebrated at 11:30AM, immediately followed by interment in Cathedral Cemetery, Wilmington.

The family would like to thank those at The Little Sisters of the Poor who tended to mom over the past four years.

Agnes will be remembered for her goodwill, not just to those she knew, but for those she didn’t. In lieu of flowers, please donate to a charity of your choice and each day remember to do a random act of kindness in honor of Agnes.

To send flowers to the family or plant a tree in memory of Agnes (Lutrzykowski) Haley, please visit our floral store.

A Memorial Tree was planted for Agnes