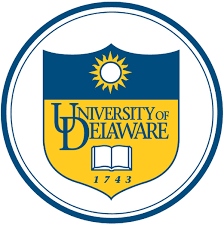 Born in Chester, PA on April 8, 1939, he was the son William R. Fleischman Sr. and Mary Gallagher Fleischman.

Growing up outside of Philadelphia, Bill attended Germantown High School. He’s a proud graduate of Gettysburg College Class of 1960. Bill majored in English, minored in history. He met his wife Barbara in Modern Poetry class. While at Gettysburg, Bill hosted a radio show called “Bullet Bill’s Bandstand” and wrote for the student newspaper, which was only the beginning of his career as a journalist.

Bill started his career at the Burlington County (N.J.) Times as sports editor (1961-66). Bill moved to Wilmington, Delaware to work with Al Cartwright, sports editor of the News Journal (1966-69). He then became a sports writer/desk editor/assistant sports editor with the Philadelphia Daily News from 1969 until 2005. During his time with the Daily News, Bill covered auto racing, U.S. Open tennis championships, college basketball, and the Philadelphia Flyers. He reported on the Flyers winning Stanley Cups in 1974 and ’75. From ’06 until the end of 2016, Bill continued to write for the Daily News as correspondent.

While working at the Daily News, Bill taught as an adjunct professor in the University of Delaware journalism program for 28 years. Bill was an outstanding mentor to his students and found much joy in following their careers.

For the past few years, Bill was involved with the Delaware Sports Museum and Hall of Fame as historian.

Bill will be dearly missed by his loving wife of 57 years, Barbara (Fridinger) Fleischman, and devoted daughter and son-in-law, Jill and Roger Herr. He is pre-deceased by his daughter, Heather Fleischman, and he leaves behind his brother and sister-in-law, Charles “Chuck” and Peg Fleischman; brother-in-law, Greg Fridinger (Karen); three nephews, Keith Fleischman, John Fleischman, and Jon Fridinger; three nieces, Kelly Fridinger, Sara Fridinger, and Maggie Karpauskas; many extended family members.

A viewing will be held at the Doherty Funeral Home, 3200 Limestone Road, Pike Creek on Friday, May 3 from 4:00-7:00PM.  Funeral services will be held at First Unitarian Church of Wilmington, 730 Halstead Road, Wilmington on Saturday, May 4 at 10:00AM.  The interment will be held privately for immediate family.

To send flowers to the family or plant a tree in memory of William R. Fleischman, Jr., please visit our floral store.