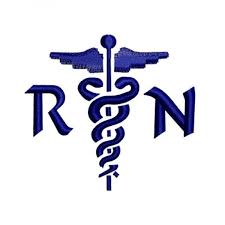 Thelma was a strong Christian and is back home with her Lord and Savior and the love of her life, Edward.  She was a very special woman that touched many lives.  Thelma was always ready with a helping hand and provided sound advice to her family and friends.  She grew up in Jeansville, PA, a small town outside of Hazelton where she was born.  She was an excellent student and finished at the top of her class in high school where she graduated in 1948 at the age of 16.  She went on to nursing school at Mercy Hospital in Hazelton where again she was at the top of her class.  She became an RN and worked at the hospital, it was there that she met her future husband, Edward Kennedy.  They were married in April of 1954, spent 62 years together and raised a large and loving family.  Thelma and Ed did everything together; traveling, visiting family and countless friends and praising the Lord.  They were very involved in Bible Study and were devout members of Resurrection Parish in Wilmington. Recently, Thelma moved to The Summit in Hockessin and was enjoying new friends and a more carefree lifestyle.

Visitation will be held at Resurrection Parish, 3000 Videre Drive, Wilmington on Friday, January 10 from 10:30AM-12:00PM.  A Mass of Christian Burial will be celebrated at 12:00PM.  Interment will be held privately.

In lieu of flowers, donations in memory of Thelma may be made to St. Jude Children’s Research Hospital, 501 St. Jude Place, Memphis, TN 38105.

To send flowers to the family or plant a tree in memory of Thelma E. (Schade) Kennedy, please visit our floral store.