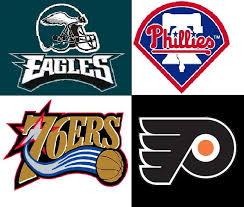 Donald “Don” Watts, age 64, passed away peacefully at his home in Del Park Manor on Wednesday, May 8, 2019.  He was surrounded by his family.

Don will be forever remembered by his loving wife of 40 years, Cindy; his devoted children, Jake (Megan) and Becca (Joe); grandson, Colton; parents, Fred and Aleise; brothers, Bob (Cindy Ann) and Chuck (Lynn); and all of his other family members and close friends.

Don was a life-long resident of Delaware.  He was born in Milford, Delaware in 1954 to Fred and Aleise Watts.  His father worked for The News Journal and they eventually transitioned to Wilmington, Delaware in the mid-1960s.  Don grew up in Limestone Gardens with his parents, two brothers and many neighborhood friends.

Don attended the University of Delaware which is where he met his wife, Cindy.  After graduating in 1977, he began his near 40-year career working for the State of Delaware in various roles within Juvenile Probation.  He was a public servant and positive influence to a countless number of at-risk youths during his career.

As a parent, Don was actively involved in sports and coached over thirty teams that his son and daughter played on up until high school.  He was the greatest Dad and encourager anyone could wish for growing up and was naturally a second father and hearty supporter to many others around him, even after his coaching years.  He was also a Deacon at Limestone Presbyterian Church during his children’s middle school and high school years.

Don loved his Philadelphia sports teams, his dogs (Captain and Morgan), being outdoors, cooking for his family, music and dancing.  Many have referred to Don over the years as one of the best dancers they have ever seen.  He always knew how to make everyone have such a fun time.  Don also loved spending time with his closest friends on Thursday Nights, trips to the River, and Fantasy Football.  He was an original member of one of the longest, continuously operating Fantasy Football leagues in the country (active since 1979).

Most importantly, Don loved his family and friends deeply.  He was full of life, selfless and always showed up, regardless if the circumstances were good or bad.  Don was truly one of a kind and will be deeply missed by so many.

In lieu of flowers, donations in memory of Don may be made to the Western YMCA of Delaware, 2600 Kirkwood Highway, Newark, Delaware 19711 (https://www.ymcade.org/donate/).