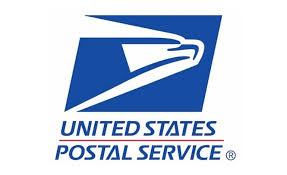 Anthony was a graduate of Mt. Pleasant High School, and Roger Williams University. He graduated first in his class from the Providence Police Academy, and the New York State Regional Police Academy. Anthony served honorably in the United States Air Force, and later in the United States Army Reserves, as an enlisted officer for 12 years. He served our country in many capacities, most notably as a Military Police officer, as an Executive Officer Troop Command Special Forces, an Aide-de-Camp Major General Commanding, and a Rhode Island Military Academy Training Officer.

Anthony recently retired from the United States Postal Service, after 38 years of dedicated service. He held multiple management positions during his tenure, most recently as a Manager, Post Office Operations domiciled in Philadelphia.

Anthony enjoyed the simple pleasures in life. He was an avid reader, he loved to visit wineries, he enjoyed watching sports, and traveling. Most especially, he cherished time spent with his loved ones.

Family, friends, and colleagues whose lives Anthony touched are invited to the Doherty Funeral Home (Pike Creek), 3200 Limestone Rd., Wilmington, DE 19808 on Monday, September 23 from 9:30 to 11:00 AM, to mourn, to reminisce, and to celebrate Anthony’s beautiful life. A memorial service to celebrate Anthony’s life will begin at 11:00 AM. Interment will be private.

A Memorial Mass will be held at St. Agnes Roman Catholic Church, 351 Branch Ave., Providence, Rhode Island on Saturday, September 28 at 9:30 AM, to mourn, to reminisce, and to celebrate Anthony’s beautiful life.

In lieu of flowers, the family requests that you make a donation to the Wounded Warriors Family Support Organization at www.wwfs.org.